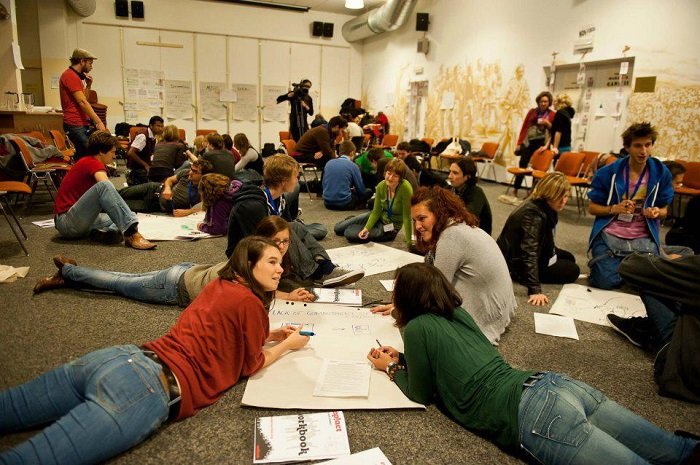 Deadline: 24 October 2013
Open to: citizens of the 57 OSCE countries age 18-30, fluent in English and interested in international politics
Venue: 14-17 January 2014 in Vienna, Austria; summer/autumn in Belgrade, Serbia; and 4-5 December 2014 in Basel, Switzerland

Switzerland will assume the Chairmanship of the Organisation for Security and Co-operation in Europe (OSCE) in 2014. In accord with the leitmotif “Creating a Security Community for the Benefit of Everyone”, Switzerland pursues three overarching objectives:

As part of its third objective, Switzerland wants to strengthen the voice of young people and enhance their involvement within OSCE structures. To achieve this goal, Switzerland will organise a Model OSCE series in which one delegate from each of the 57 OSCE participating States will be invited to participate. The participating delegates will be involved in the Swiss OSCE Chairmanship throughout the entire presidential year: By means of simulations of two specific OSCE decision-making bodies, the delegates will get familiar with OSCE structures and -themes. The participants will have the opportunity to acquire and develop various skills in diplomacy and negotiation, public speaking, communication, problem resolution of international issues, and critical thinking. They will improve their team-work and leadership abilities and meet other young people from the 57 OSCE participating States.

The first Model OSCE event will be held in Vienna from Tuesday, January 14, to Friday, January 17, 2014. The delegates will step into shoes of their own countries’ ambassadors to the OSCE and kick-off negotiations on a “Youth Action Plan”.

The second simulation will take part in summer/autumn in Belgrade. The delegates will continue their negotiations in the role as “foreign ministers” of their own countries and conclude them by taking a decision on their “Youth Action Plan’s” content.

During the OSCE Ministerial Council organized by the Swiss Chairmanship taking place in Basel on December 4-5, 2014, the 57 delegates will have the opportunity to meet the foreign ministers of the OSCE participating States and present their “Youth Action Plan”.

Between the two simulations, the delegates will reach out to their own networks by consulting preliminary results of the draft-“Youth Action Plan”. For that purpose, they will include wider groups of interested young people and raise awareness of OSCE themes.

The preliminary schedule for the first simulation taking place in Vienna will be sent to the delegates in December 2013.

More information about the OSCE is available HERE.

All costs related to the Model OSCE (costs of travel, board, lodging, and participation) will be covered by the Swiss OSCE Chairmanship.

They strongly encourage young people aged 18-30 to submit their applications. Participants must be citizens of one of the 57 OSCE participating States (see list HERE), fluent in written and oral English, interested in international politics, and ready to engage their time and ideas in the framework of this project throughout the year of the Swiss OSCE Presidency.

One delegate will be accepted per OSCE participating State. The simulations will be held in English, and no translation into other languages will be provided. After selection of participating delegates, they will soon be invited to provide initial input regarding the content of a “Youth Action Plan”.

For any additional questions, comments or concerns, please do not hesitate to contact Ms. Fanny Charmey at fanny.charmey@sajv.ch.

The official website is AVAILABLE HERE for further details.