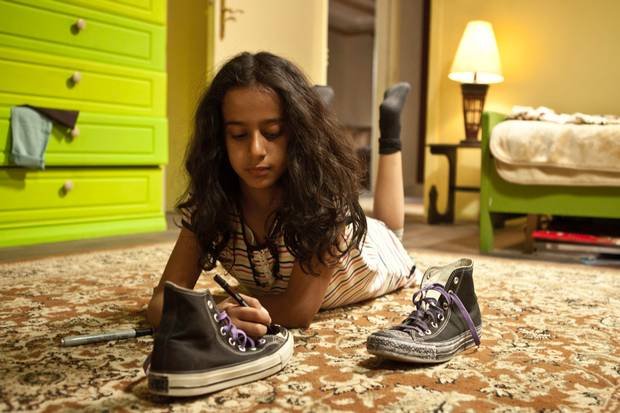 Project description
The IFFR Trainee Project for Young Film Critics is a talent development program that offers up to three young (under 30 years), motivated and talented professional film critics from outside the Netherlands a chance to travel abroad to cover a major international film festival, to get acquainted with the Rotterdam film festival in particular and the broad range of independent cinema it offers.

The project was created in 1998 to open up opportunities for young and upcoming film critics to explore and sharpen their knowledge and views on independent and experimental cinema – and the festivals, like International Film Festival Rotterdam, that present it.

Trainee program
The program of the Trainee Project includes contributing to the festival’s newspaper Daily Tiger by exploring an assigned part of the festival; publishing a blog on IFFR’s website; taking part in expert meetings with experienced film critics and reporting about the festival for own affiliation(s).

– Partial refund of travel costs when traveling from outside Europe

– A full schedule. IFFR wants its trainee film critics to really participate in the festival and interact with other industry professionals. The trainees will form a team, hosted by the IFFR Press Office and the Daily Tiger editorial staff. You get to explore all aspects of IFFR (screenings, exhibitions, Q&A sessions, and debates) as part of the program and to cover for your own media

Criteria for application
– Age under 30 years

– Fluent command of the English language (written and spoken)

How to apply
Your application should include digital versions (Word, jpg or pdf) of the following documents and information:

– A motivation letter to support your application: explain why this project and the Rotterdam festival appeals to you and what you can offer the festival

– Your resume (CV) including your contact details and date of birth.

– Up to three proofs of recent work you published on (independent) film or film festivals. If not in English, provide the original articles with English translations to demonstrate your command of this language

– A recommendation letter (on company letterhead) of your principal affiliation’s chief editor assigning you to cover IFFR 2014 and confirming that your report will be published.

– Please send in your application by e-mail to press@filmfestivalrotterdam.com or by land mail to IFFR Press Office, PO Box 21696, 3001 AR Rotterdam, The Netherlands. The deadline is Friday November 1, 2013. You will receive notificiation on the selection Friday December 6 at the latest.

Please note: if you are selected and participate in the IFFR Trainee Project for Young Film Critics, you agree that your work produced as part of the project may be published by IFFR in print or online in the festival’s publications and on the FIPRESCI website.